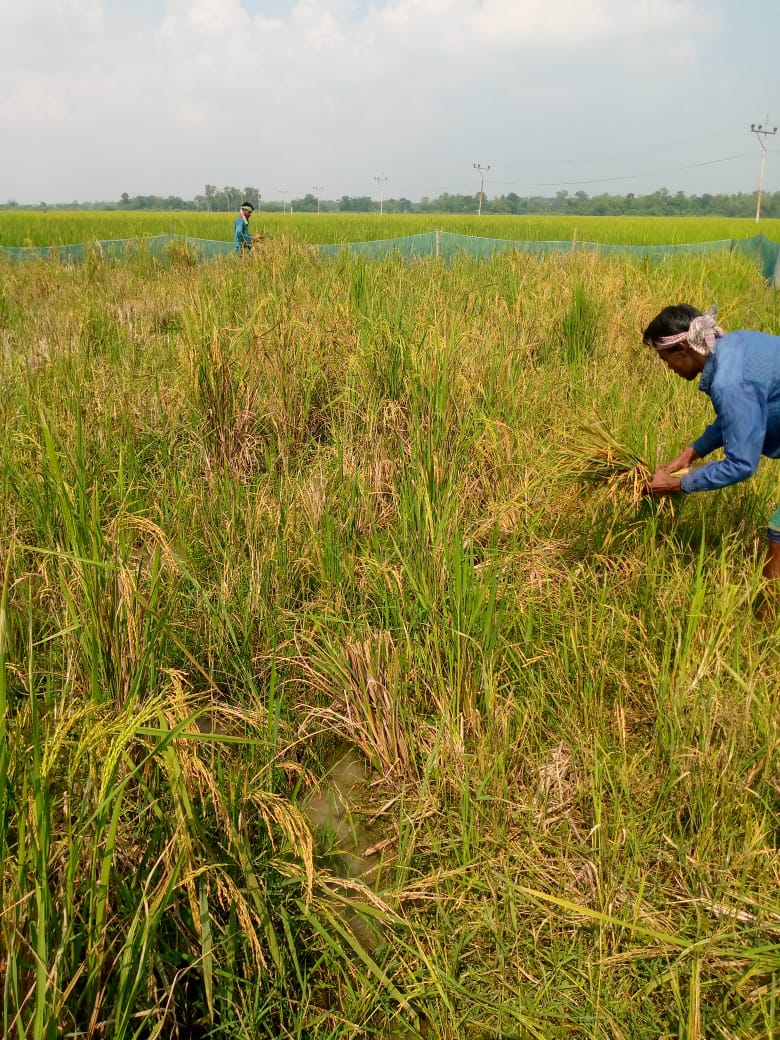 Krishan Foundation started its journey in 2003 by initiating farmer-centered experiments in Kanihati Bangladesh.  The goal was to develop rice varieties suitable for the impending climate changes that threatened agriculture.  The work was the brainchild of Abdul M (Abed) Chaudhury who grew up in a farming family in Bangladesh.  His home and birthplace are situated in the middle of a huge rice field and the dynamics of rice production are the life-blood of that area. 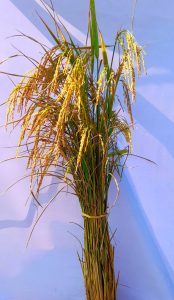 Chaudhury decided to work on two key areas of rice biology in order to make a crop carbon-neutral.  The first was to develop the earliest maturing varieties without compromising yield.  Early maturity is an integral part of making rice secure from early flooding, and protection against hailstorms.  By using a local variety of 60-day rice (Dumahi) Chaudhury, by farmer-led breeding and selection developed a number of rice varieties and made them available to the Bangladesh government via BADC for further trials.  A corollary of that work was developing rice varieties that were supra-seasonal; i.e; able to grow early in all 3 rice seasons, Aush, Aman, and Boro.  Starting from 2003 so far about 300 varieties were generated fulfilling these criteria out of which 11 varieties have been trialed by the government and results published in peer-reviewed journals. 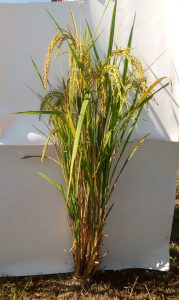 Chaudhury then uses these varieties to select another phenotype that is central to climate mitigation, pereniality.  Normally rice varieties have been selected for seasonality, defined by the three growing seasons of Boro, Aush, and Aman from January to November.  By a series of farmer-led breeding steps Chaudhury progressively selected varieties that would start at Boro in January and then proceed to give one Boro harvest, two Aush harvests,s, and two-man harvest, a total of five harvests from the same plant.  This feat was achieved last year when Kanihati farmers successfully harvested rice five times and called the varieties “Panchavrihi” (PV) of five-times-rice.  This is the first time ever that rice has been grown to have five harvests.  This year the 5 PV varieties are being amplified for a multi-location national trial. 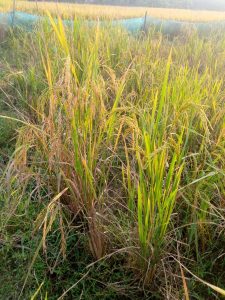 During the repeated cycle of cutting and regrowth, the vegetative shoot mass and the underground root mass increased five times with profound implications for rice-mediated carbon sequestration. 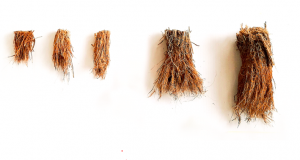 Bangladesh is looking forward to renewable energies to contribute to reducing...
Creative Writing

Krishan Foundation started its journey in 2003 by initiating farmer-centered experiments...

In March 1797 at Ninety Mile Beach in the state of Victoria five British and 12 “Bengali”” seamen swam ashore after their longboat, Sydney Cove was destroyed in a storm. Earlier this ship, named Begum Shaw was obtained from Calcutta. As was the system then, most of the...

Agro-Voltaics or Solar photovoltaics (PV) is being used more and more globally  and is likely to play an important role combing energy and agriculture.  In summary this is a method of dual usage of land whereby the same land can be used for energy generation using solar...
Copyright © 2022 Krishan Foundation.