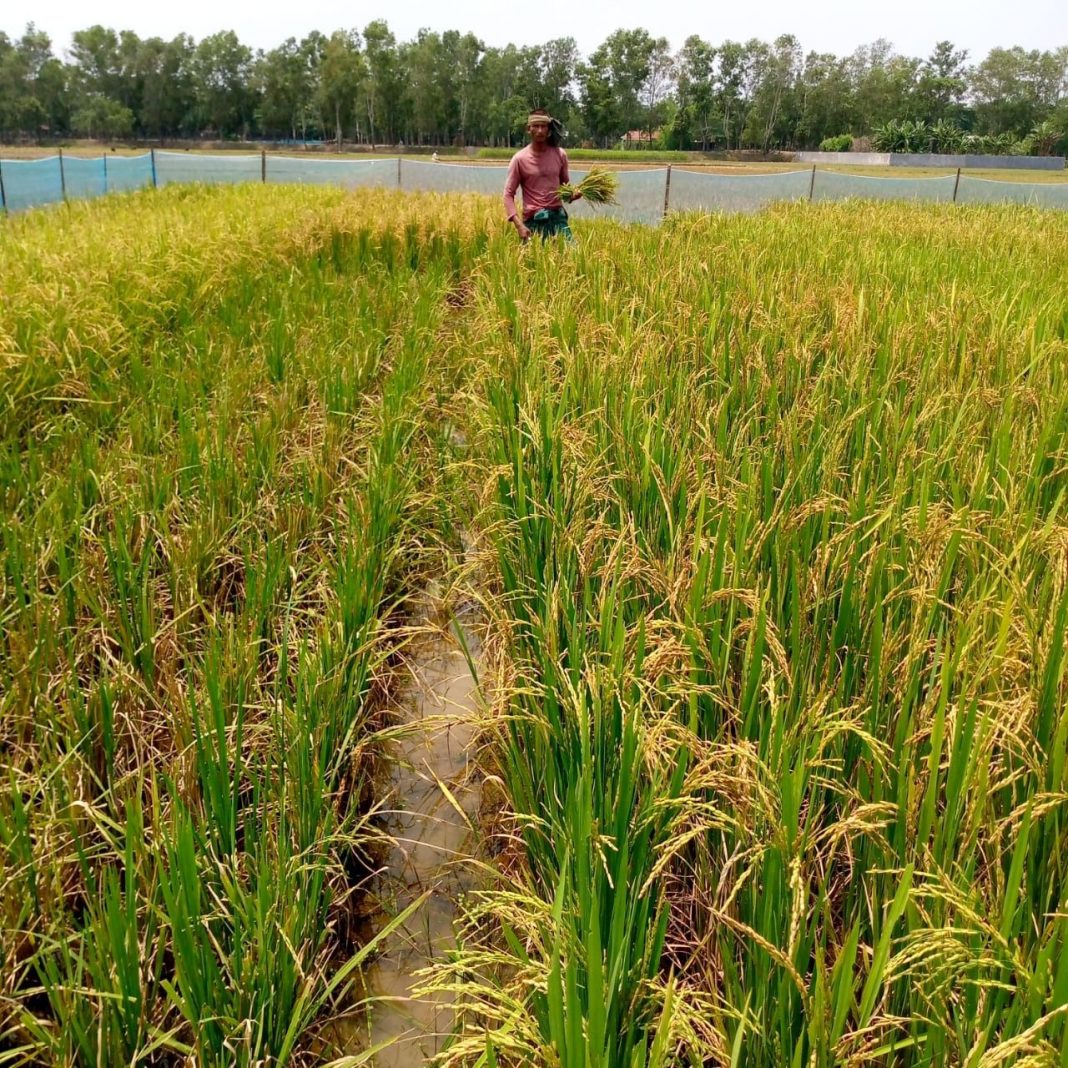 Panchavrihi rice as it was during the third harvest. The one on the front right Pancha-16 shows its third harvest significantly exceeding the 1st and the second. Multi harvest cycle is a trait channeling apical dominance, flowering time, lateral branching strength all into one goal; multiple cycles of productivity after and from one planting. 5 is an ancient lucky number and in our eastern culture (humanity’s eastern wing) we have had Pancha-tantra, Pancha-yet, and Buddhas famous Pancha-Shila. Now in Kanihati, we have Pancha-vrihi, the 5-harvest rice. Let us celebrate the ancient rule of five What I call Panchavrihi, many people would like to just say ratoon. So they will. In their textbooks, they have read that ratoon crop leads to a reduction in yield, and therefore why I am doing it, etc. As shown here the regrowth of Panchavrihi is under genetic control. Indeed I have varieties where the “ratoon” crops are equal or better than the first crop. And of course, there are ones where it gets reduced. The guys who wrote textbooks did not get good results. It does not follow therefore that a whole community would be brainwashed into thinking that multiple harvests of high yield successively in crops are not possible. It is INDEED POSSIBLE; It has been done. Trust in genetics; Is it not the case that some mangoes are sour and others are sweet; some people can sing in tune and others are tone-deaf. Genetics is everything. Trust in the magical power of selection; Trust in the power of Panchavrihi rice