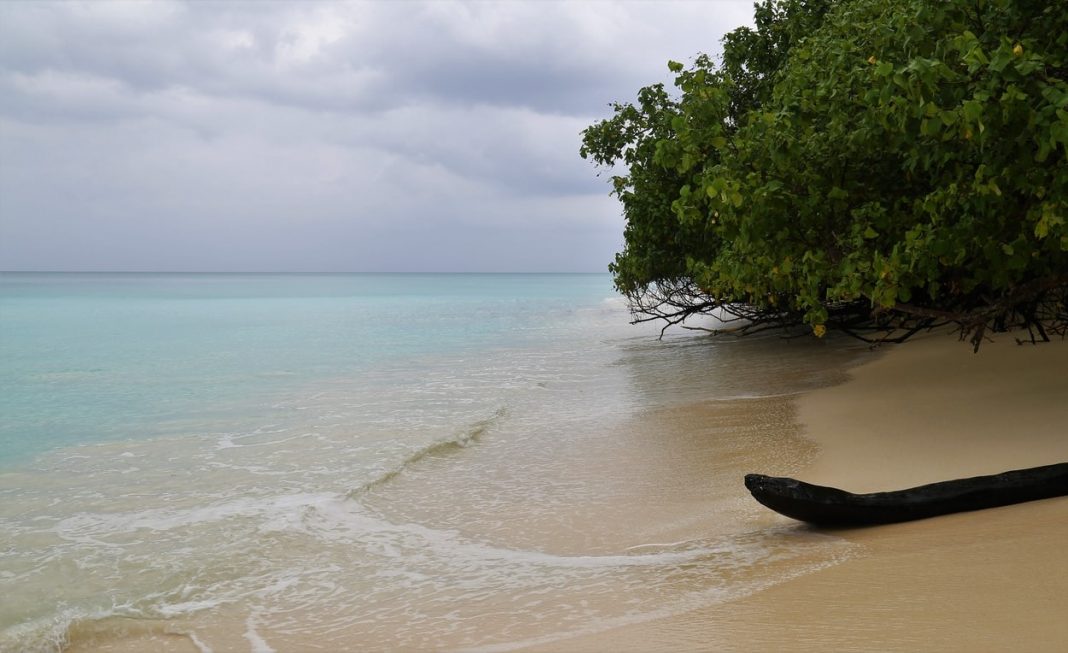 krishan foundation.The total area of Bangladesh is 146,570 sq kilometers and according to the 2020 survey, the
population is about 18 crore. The Ganges, Padma, Meghna, Jamuna and the Brahmaputra, some
of the largest rivers in the world flow over Bangladesh and fall into the Bay of Bengal. The
length of the coastline along the Bay of Bengal is 710 km. This huge beach and the sea is a
natural reservoir. Apart from obtaining of marine resources, there is huge potential for creation
and development of new lands in this area. Considering all of these, the blue economy has
opened the door of new possibilities for Bangladesh.
Bangladesh’s coastal regions are known as crisis-points as well as areas of economic and
ecological potential. In these areas there exist high risk of natural disasters like cyclones, tidal
surges and floods. In addition, the combined effects of natural and man-made disasters such as
river erosion, arsenic in groundwater, waterlogging, earthquakes, salinity in water and soil,
various pollutants, risks of climate change etc have disrupted life and livelihoods in coastal
areas.
Depending on the geographical features, the coastal region of Bangladesh consist of three
parts – krishan foundation

Coastal areas consist of about 70 islands, recognized lands, beaches, a peninsula, rural
settlements, urban and industrial areas and ports. Most of the coastal inhabitants are poor and
the entire population is exposed to both natural disasters and man-made hazards. Climate
change-driven events such as sea level rise, cyclones, heavy rainfall, coastal waterlogging,
salinity infiltration and land erosion are major natural disasters.
Islands of Bangladesh:
Western bay of BengalA number of mighty rivers originate from the Himalayan and other North-Asian regions of
China and flow into the North Bay, forming the world’s largest river delta. The following are the
major islands of the area.krishan foundation

Natural disasters like storms, cyclones, floods and droughts will be more frequent and intense in the future. Due to the geographical situation, dense population and poverty, climate weakness is increasing in the coastal areas of Bangladesh. Central and western coastal areas are more risky because the western part covers most of the Sundarbans but it is a low lying area, the other central part is more dynamic part of the coastal region of Bangladesh.

A review of the period from 1897 to 2009 shows that a total of 48 times moderate and thick tidal surges, Gorky, Hurricane, Sidr, Nargis have hit the coast of Bangladesh. In the 183 years, there have been 329 catastrophic cyclones, with an average of 5-10 years. In the first 40 years of independent Bangladesh, 149 storms or tidal waves occurred. The Sundarbans have also been hit by the latest Sidr and Ayla strikes in just one year. The coastal region of Bangladesh, which is rich in natural resources, is always the first and direct victim of the adverse effects of nature. As a result, the coastal economy in Bangladesh suffers the most.krishan foundation | krishan Times

By 2050, the world’s population will be about 9000 million. In order to provide food for this huge population, human population will  have to depend on the sea. To that end, the blue Economy is the core of the UN’s sustainable development program since 2015. And the key to a blue economy is sustainable maritime policy. The blue economy continues to contribute to the world economy in many ways. Every year 3 to 5 trillion US dollars worth of activities are taking place around the sea. Marine fish, plants and animals provide 15% of the world’s 4.3 billion human protein. About 30% of the world’s oil and gas supplies come from various oil and gas fields in coastal blue area.krishan foundation | krishan Times

A qualitative and effective change in the economy of agrarian Bangladesh is evident in the context of time. Achieving self-sufficiency in food production is one of the changes and success indicators that have been identified in the society and economy of the country since independence. During the great war of liberation in 1971, the population of the country was seven and a half crore. At that time 100 million tons of paddy was produced in 255 lakh acres of cultivable land, compared to the population of 144 million in 2007, but at that time 291 million metric tons of paddy was produced in 281 million acres, which is almost three times.  Today Bangladesh is the third largest producer of rice, close to 40 Million Tons.

Three-fold increase in food grain production for doubling the population is undoubtedly a positive advancement or success in achieving self-sufficiency in food. Despite a significant reduction in the budget allocation for the agricultural sector (19 to 6 per cent) from 1980 to 2006, this growth testified to a silent revolution, led by the country’s peasant society.

In this context, the contribution of the agrarian economy of the coastal region is relatively low. Coastal agriculture is mainly divided into grains and non-crops. First, food grain production has not increased comparatively due to repeated natural disasters. A sophisticated survey shows that in the 13 years between 1984 and 1996, where almost double the amount of grain (food and cash crops was produced at the national level, grain production in the coastal areas did not increase but decreased at the same time. As a result, it is necessary to identify the erosion prone areas of coastal rivers and construct dams and repair old dams.krishan foundation | krishan Times

Three indicators have been considered for determining the land-based boundaries of the coastal areas of Bangladesh. These are: tidal effects, saltwater intrusion and cyclone / tidal wave. There are 19 districts in the direct or indirect zone of any of them.

All the upazilas / thanas of these districts are considered as coastal areas. Of these, 46 upazilas / thanas along the coast are at risk due to various natural causes. These areas are affected by various natural disasters every year. Although those regions play a role in the economy of the country in various ways, they are repeatedly damaged. Bangladesh’s exclusive economic zone (EEZ) in the Bay of Bengal is considered as a coastal region.

Effective steps are being taken to achieve the goal of poverty reduction by keeping the economic growth of the coastal region high. The steps are-

4. Proper storage and control of minerals.

7.Proper construction of marine installations and proper expansion of maritime trade. Bangladesh has huge potential in extracting marine resources in the vast economic zone in the Bay of Bengal. For this “The Bangladesh Oceanographic Research Institute” was established to conduct research on global warming, climate change and pollution, including the appropriate

use of the Bay of Bengal’s potential and resources for national economic development. Through which skilled manpower will be created and we will be able to take an active part in the blue economy in the South Asian blue economy.

The Rohingya are a stateless Indo-Aryan people in the Rakhine state of western Myanmar. Most of them are Muslims and some belong to Hindu community also. The Rohingya say they have been living in western Myanmar for a long time. Their descendants have been inhabitants of Arakan since pre-colonial and colonial times. Until persecution began in the late twentieth century, the Rohingya represented Myanmar in parliament as legislators and members of parliament.

According to a UN investigation report, the Rohingya are being brutally tortured and faced religious intolerance by ultra-nationalist Buddhists inside Myanmar. They are being subjected to extrajudicial killings, illegal arrests, torture, rape and abuse by Myanmar’s armed forces, as well as forced labor. In the early 2000s, Bangladesh accept them to live here in many coastal areas. Most of the refugees are located in or near Cox’s Bazar, a coastal area dependent upon tourism.

Refugees have been displacing the indigenous people of the Chittagong Hill Tracts and also have been doing many anti-social activities. so In 2015 the government of Bangladesh proposed a relocation plan for the Rohingya refugees in Bangladesh to the remote island of Bhashan char in the bay of Bengal. Between October and November 2016, about 65,000 Rohingya refugees arrived from Myanmar. The government of Bangladesh decided to revive the relocation plan. Bhashan Char submerges during high tide and was formed in the 2000s by sediments from the Meghna River. It is eight kilometers from Hatiya Island. By 2017, an estimated 300,000 to 500,000 Rohingya refugees lived in Bangladesh. Most of the refugees are located along the Teknaf-Cox’s Bazar highway that is parallel to the Naf River, which is the border between Bangladesh and Myanmar.