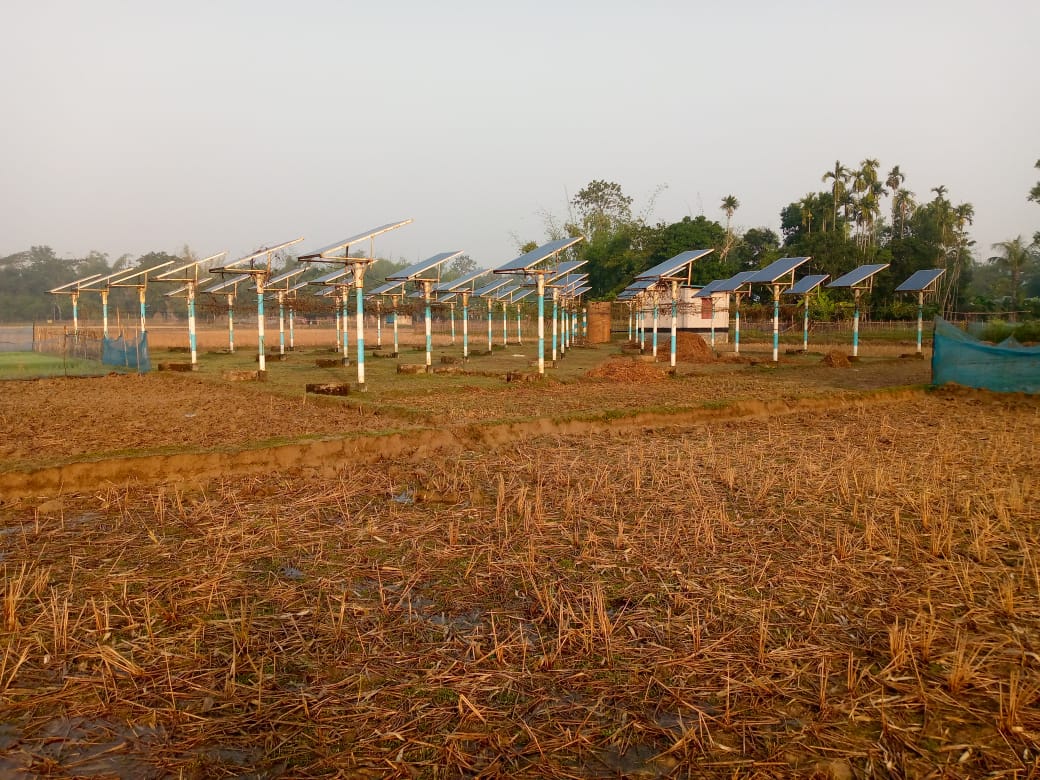 Agro-Voltaics or Solar photovoltaics (PV) is being used more and more globally  and is likely to play an important role combing energy and agriculture.  In summary this is a method of dual usage of land whereby the same land can be used for energy generation using solar cells and also growing crops for food production.

Bangladesh with sufficient sunlight except for rainy and winter months can deploy agrovoltaic technology  in meeting countries energy needs provided that land is not taken out of agriculture in the process.  With detailed knowledge of crop genetics Agro-voltaics could solve this problem by combining solar panels with agriculture in a seamless way.

A major stumbling block internationally also is the space needed for setting up solar panels.  Whether ground or roof-mounted, solar systems can take up normally valuable space needed  for food production for a growing population.

“Agrivoltaics”,  looks in a targeted detailed way at the opportunity of integrating solar PV systems into land or infrastructure already used for agriculture.  For instance In large-scale solar farms, the spaces between the arrays of panels can be planted out with vegetables such as gourd and other plants that would grow on the ground and would not require high intensity light as the solar panels would create shading.

Solar panels can also be integrated into other necessary structures, such as shade structures for cattles.

In order to avail this opportunity a program needs to be launched to produce varieties of crops that are compatible with agro-voltaic operations.  Historically crop and vegetable varieties have been bred to suit open areas.  However the photo-reponsive genetic pathway of plants allows alteration in subtle way so that varieties can be developed that are more suitable to agro-voltaic agriculture.